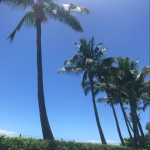 Ok, so break-ups are always a rite of passage to every new and improved relationship. Or at least we hope it will be an improved, new relationship.

Well, my oat-latte-vegan-dreams are now over with my latest boyfriend, who was 16 years younger than me, (I?m in my 40?s).

I guess, everyone saw that coming, but why is it that I didn?t, or at least didn?t want to see it? I?m a repeat offender of dating much younger men, (expecting they?ll be as mature as I am or want them to be) and unavailable men.

After finally finishing my last kind of “relationship” with Cripher who was 12 years younger than me, David was a lovely surprise, mainly because he was younger than Cripher! This wasn?t even a relationship, more like a hiccup.

I really have to look at the reason why I am a cougar. Is it because I?m flattered that these handsome young men are attracted to me, or is it that I am at their level of maturity in relationships?

I admit that the latter could be true. And as painful as that is to my ego, I surrender. Not only is there a pattern of dating younger men, the men my age who I?ve also been involved in were all somehow ?unavailable.?

They were either very recently divorced, married, or non-committal. I could say the same for my two younger men. David was living with his ?best friend? who turned out to be his ex-girlfriend of three years, and well Cripher was a very good-looking, drunk bartender who just couldn?t keep it in his pants!

Obviously, a very clear pattern of attracting men who aren?t available. Which led me to realize I?m the one subconsciously dodging having a real relationship! Ok, well now that?s out in the open and fully accepted that.

Why do I create these situations and do I really want a relationship?

Well, yes of course I do. I would like to be able to share my life, but with someone I trust, someone I feel who cares for me and is interested in me. That?s the one thing I?ve noticed with the men I?ve encountered these days, they don?t ask questions.

Now, I?m not saying all men are like that, but evidently I?m attracting that.

Could it be because somewhere deep down I don?t want to share myself with someone who could potentially hurt me?

We all have that fear of getting hurt, but in the end, it?s just fear. After all the self-empowering, self-helping, motivational YouTube videos I?ve seen, there?s a common understanding that fear is just a feeling.

We can either hold on to it and let it consume us or ?Feel the fear and do it anyway.? I believe it has to be the right time to ?do it anyway.?

I?m learning I have to find the confidence and belief in myself first before I ?do it anyway.? Because, if you?re not in a good place, doing it anyway, it may make you feel worse!

Whatever you feed will grow…so starve that fear!

In the spirit of ?Slay the Spinster? slay the fear too! Where I?m at in my life, it?s time for me to let the fear go of being hurt. I?m tired of using that excuse. I gotta let wounds heal and move forward.

I have to believe that every break-up, every hurt I?ve experienced elevates me to someone stronger. That?s the shift in focus I want! None of this “well what?s the point of being in a relationship or anything because I?ll get hurt, rejected, or fail”…well, of course, I will!

I?m realizing now, it?s what we do with it! Let those moments of pain and disappointments fuel the lion (or cougar) in you to be a stronger, sexier, independent and more empowered you!

We?ve all heard that before, right? But the question is how aware are we of actually applying it so as not to fall back into our patterns? Yes being “woke” is the trend now, but instead of it being a cliche I?m really going to make an effort.

I had that “A-Ha!” moment when I was explaining my situation to my client, Belinda, who for the past two years, is dealing with a slow progression of dementia (sadly she?s only 51 years old). Ironically, she was the one who reminded me of putting myself first.

The fact that someone who?s dealing with memory loss is the one who reminded me…says it all! Belinda said ?when you?re first spending time with them, just ask yourself,

“Is this what I really want for myself?? ?Am I happy??

And that?s one thing I forgot to do. In the beginning stages of my men, I would always make sure I was making them happy, making sure that they were ok which then resulted in them being spoiled and feelings of resentment would fester inside me.

I forgot to hit the pause button and ask myself those questions. My patterns of needing validation, fear of being rejected, being too needy and not being ?cool and chill? enough would all trigger the vicious cycle of my relationship patterns.

So when you?re just getting to know someone – always hit that pause button to ask yourself those important questions and cross off any and all negative thought patterns about yourself!

I?m ready to make an attempt at breaking down my paradigms of destruction…yes dramatic but good to laugh at it! Laughter, another great way to slay your fears, humiliation, rejection, failure and any other limiting beliefs in becoming a Slay Queen to our doubts.

One thing I?ve found that not only keeps you looking younger is laughter. It can dissolve any awful situation. No matter what negative voice is going on in your head, just laugh at it and eventually you realize it?s not that serious.

Or at least it?ll give you some reprieve from the punishment you?re giving yourself! I?m laughing now looking back at all the oat-lattes and beyond burgers, I drank and ate for that 27-year-old vegan!

I?ll still drink and eat them though, but only because I want to!

Being in my forties you think that things get easier to handle but in reality, break-ups will always be an awkward and difficult transition.

So for anyone who?s going through a break-up, just pick yourself and as Jay Z says ?gon’ brush your shoulders off? and move ?on to the next one?.

The next time you find yourself fearing an imminent break-up or doomed relationship, but avoiding the end of it, here is a step by step checklist you might find helpful:

Now go do something nice for yourself!!

If you enjoyed reading this heartfelt account of dating and breaking up as a single woman in her 40s, living in the Big Apple, let us know your thoughts below! How did you handle your last break up?

For those of you that have been following our journey, K. D Brighton is a frequent contributor to www.thenaughtyforties.com. Check out her other articles and feel free to have a look at her book with 5-star reviews, “40 single NYC; The Gold Notebook” now available on Amazon.

8 thoughts on “Break-ups and how to break the pattern”