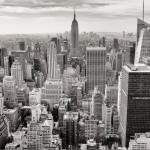 Turning 40 can be daunting. I’ve noticed that as I get older, it’s a lot harder to hide the physical signs of aging. I’ve also noticed that while there are some things about aging you just can’t stop, mentally it can be the complete opposite. I have never let my age impact the way I think and feel about fitness.

Physically I am 40 but mentally I still think I’m fit as a 20-year-old. I don’t think of myself slowing down as I get older. Sure, I may be losing the battle against gravity, notice more gray hairs, finer lines around my eyes when I smile but in terms of fitness, I feel age really is nothing but a number.

Fortunately, I have had this mentality since I was a kid and never really changed the way I think about fitness as I got older. I love being active and staying fit and don’t think of it as a chore. In fact, I feel more fit at 40 than I ever have before. Nothing makes me feel more like this than when I am boxing.

Boxing training at 40???? Fitter now more than ever.

I know right? I mean who wakes up one day in their late 30s and says “right, think I will start boxing”?

Like I mentioned previously, as a kid I grew up very active and athletic, which fortunately continued into adulthood.

You name it, I was into it; running, gymnastics, swimming, and more recently strength training, HIIT, Tabata styled workouts as well as martial arts like kickboxing, Muay Thai and now boxing.

When I was around 35, I took up kickboxing. I continued doing it for a couple of years, also dabbled in a bit of Muay Thai for a minute but then, I met a guy who introduced me to boxing. I fell in love with this guy.

I then fell in love with boxing – but unlike the guy – I’m still with boxing and committed more than ever.

For this, I am truly grateful. That was 3 years ago and now at 40, I’m going full steam ahead and train boxing more than ever.

The start of my boxing journey.

After a few weeks of searching for the right boxing gym, I found one that was perfect for me, in the downtown neighborhood of NoHo, NYC.

It was a real boxing gym where all the trainers were either amateur fighters or ex-fighters but the gym wasn’t stinky or old and falling apart like most “real” boxing gyms.

It wasn’t too flashy or gimmicky (think Rumble or Shadowbox). At this gym, they actually focused on technique rather than how many Instagram followers you had or how much makeup you had on.

They even had decent women’s change rooms that were clean, had showers and hairdryers!

I also really liked the variety of their classes. There were different kinds of classes to accommodate all levels from the “All levels” classes (really catering more for beginners) to Intermediate and Advanced classes (no strict pre-requisite but the expectation was that you had a good grasp of the basics) to “Fight Class” which was as the name suggests – sparring classes.

I started with their Sunday “All Levels” boxing classes. It was great.

Super intense and a similar format to a boxing class I had taken one time when I was on vacation in Miami i.e conditioning warm-up, combinations on the bag, etc but this NoHo gym focused more on shadow-boxing which I loved.

Surprisingly for a class of 10+, the trainer was somehow able to provide instruction and proper technical guidance to those who needed it in class. I really enjoyed the circuit training, pad work and conditioning.

I felt like I was really learning something as opposed to the other cardio ?boxing-inspired? classes I had tried. This gym struck a happy medium and still provides an authentic boxing experience with great instructors.

Fast forward to a few months later and I was obsessed. I started trying several other instructors’ classes. All had their own styles but equally awesome.

I started going religiously to one instructor, Paul’s “All Levels” class – firstly because the time slot – 12:30pm on Saturdays was the most convenient for me – but then I got hooked to his style and class format.

The guy was no joke and he was one loud mofo! LOL

Perhaps not other people?s cup of tea but something about his instruction kept me engaged every Saturday?..until that is I had a few alcohol-infused late Friday nights and was in no shape to go to class the next day.

I skipped a few Saturdays but eventually, I opted for sober Friday nights over hungover Saturday boxing sessions. This was now my weekend routine.

Stepping up from Beginner to Intermediate in just a couple of months.

With my weekends filled with boxing during the summer, I wanted to start adding at least one day during the week to my regime. That?s when I first tried an ?Intermediate? Wednesday evening class.

I felt more comfortable with my skills and fitness level by this time and confident enough to consider myself ?intermediate?.

Don?t get me wrong – this class was not for the faint at heart. The instructor, Martin, kicked my ass but his style again was different.

He was a seasoned boxer and former 2-time golden gloves champ. He also turned 47 last year.

This trainer looked absolutely amazing for his age and you would never think he was 47 with the way he bounced around with so much energy and smiles – it was contagious.

He definitely was an inspiration to me and I’m sure to a lot more other “mid-lifers” out there.

It was after a few consecutive weeks of going to Martin?s class that I finally decided to ask him if he would do a Personal Training (“PT”) session with me. I was nervous at first and somewhat a little intimidated given his background but he was super sweet and made me feel at ease immediately.

Since I was progressing with my boxing I thought it was only natural to consider getting some proper boxing shoes, boxing gloves, headgear, and a mouthguard. I researched a lot. There were so many choices out there it was almost as overwhelming as learning boxing combinations.

I ended getting a pair of Adidas HVC Wrestling shoes. They weren’t top of the line and extremely affordable (under $70). They were also technically wrestling shoes but could be used for boxing.

For headgear, I figured since it was supposed to be protecting my brain from any damage I wanted to spend a bit more for quality. I thought of it more as an investment since it could potentially save my life.? After a lot of consideration, I went with the Winning FG 5000 or “the Ferrari of headgear” as one retail clerk so nicely put it.

To prevent my teeth from potentially getting knocked out, I went with the Venum Challenger mouthguard. This was pretty standard and also allowed for custom molding of your own teeth. It works – as I still have my smile 🙂

After months of procrastinating and dreaming – I finally decided to take the plunge and get a personal trainer for boxing!

Off the bat, Martin was critiquing my technique but in a good way. This is what PT is for – to start fresh, learn the correct and good habits which are easier than unlearning the bad habits one picks up without one on one attention.

He was assertive when needed but also cracked jokes to break the tension. He taught me a lot.

There was so much to learn and it was a little overwhelming for my first PT session but I think he sensed that. I learned that my jab was good, I had to work on pulling my left shoulder back for my cross, drop my knees, evenly distribute my weight when pivoting so I don?t lose my balance – and to relax!!!!! Easy right?

After a few rounds in the ring, we hit the bag with the towel exercise. This is where he would swing a towel in a circular motion in front of the bag, (kind of like the movement of blades in a fan) and I would try to hit the bag without hitting the towel.

Fun technique and effective – working on my jab and cross. Before I knew it our first session was over and I felt amazing. He wanted to make sure I learned something from the session and to take away something new from each lesson.

Never too old to start.

Needless to say, I took away more than just one thing. But the best part of the night was when he said that I had potential. He said that I had a good stiff jab and he would tell the truth about whether a student was worth his time to train.

Apparently he thinks I am.

I was over the moon to hear this and made me feel inspired and motivated. Something I hadn?t felt for a long, long time – almost reminiscent of my competitive sports days back when I was a kid.

From then on all I wanted to do was get better at boxing and I didn?t want to disappoint my coach. I wanted to be the best.

That feeling of wanting to be the best was what drove me back then all those years ago – to be a champion – and to feel that again is unprecedented for me. Boxing has changed my life and for the better.

Not only did it inspire me to be a better version of myself but it also made me forget that I was 40. I realized staying fit was a state of mind and even started thinking I may have discovered the secret to staying young! The “sweet science” of boxing was addictive and I fell in love with it. I was hooked (pun absolutely intended)!

What was the last thing you did that made you feel young and inspired? I would love to hear about it. Comment below!

I hope you enjoyed reading this and thanks for stopping by 🙂

Adidas Men's HVC Wrestling Shoe Review - can it be used for boxing by a woman?

Sat Mar 14 , 2020
Share on Facebook Tweet it Pin it Email Introduction: You’re probably thinking what the heck is a review for a men’s boxing shoe doing on […]